A Vindication of the Rights of The Women’s Library 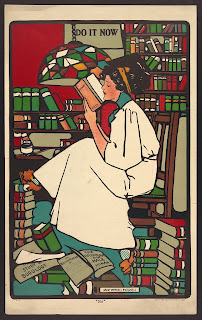 In March 2012 London Metropolitan University’s Board of Governors decided to find a new home, supporter or custodian for The Women’s Library. If a new home or sponsor of the Library is not found by the end of December 2012, the University proposes to run the Library as a skeleton service, reducing opening to one day a week.

Since 1926 so much work has gone into the provision of what now stands as a truly unique resource for it to be risk being lost. In the run up to 2018 and the centenary of women achieving the franchise, the Library is fighting for its survival.

Read the rest of ‘A Vindication of the Rights of The Women’s Library’.

London Met UNISON has initiated a campaign to Save The Women’s Library, led by its members at the Library. We recognise the worth of The Women’s Library and and want to work alongside its supporters to ensure it continues to thrive. We are campaigning to:

We accept that alternative streams of funding should be sought and insist that any negotiations with potential new sponsors should be open and transparent and consultative of the staff themselves.

Sign the petition to Save the Women’s Library here.

Get in touch with support and testimonials by email: savetwl86@gmail.com

Select icons used in this website are provided under